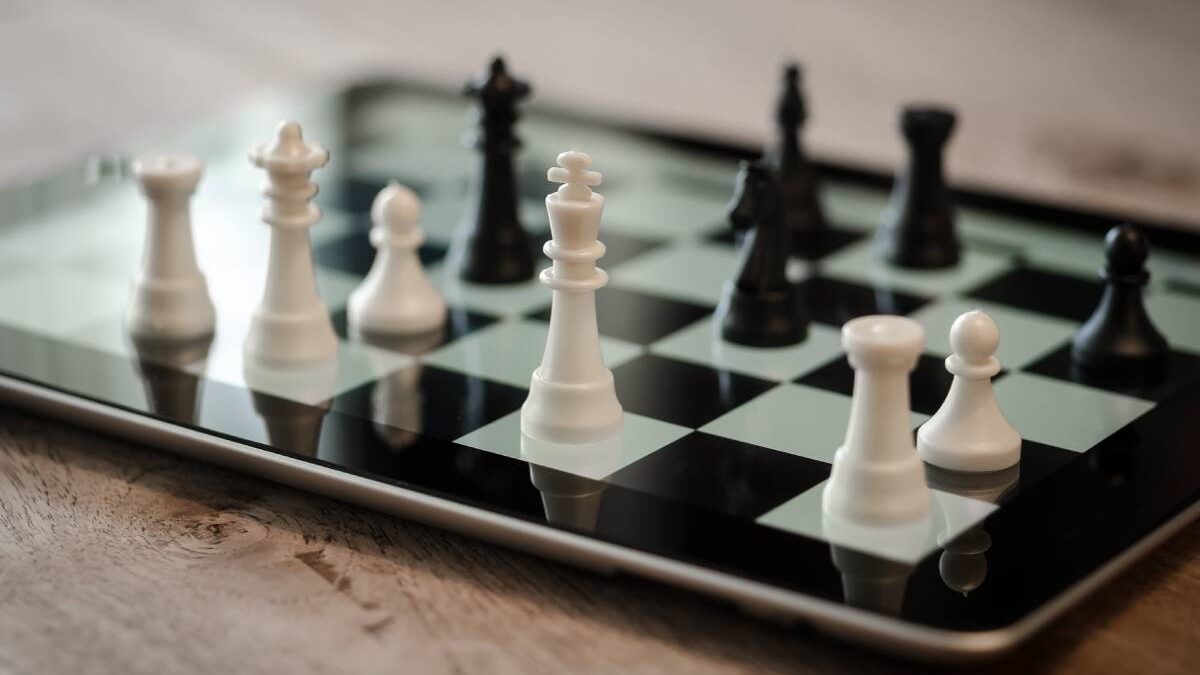 If you love to gamble, you’ve probably already made a list of your favourite games on PC or console. But no offence to some gamers; the first gaming platform in the world today is the one you have in your pocket. You have to look at the iOS and Android application stores to see the thousands of games for smartphones available for download.

However, it remains not always easy to sort through this sea of ​​mobile games and looking at the free game’s rankings is not the ideal solution for discovering the best titles. Also, here we offer you a subjective selection of what we consider to be the five best free mobile games of the moment.

Hoping that some will be discoveries for you and that these few nuggets will tempt you, dont hesitate to give us your feedback and your suggestions in the comments.

Card Thief: In the Thief’s Shadow

A solitaire-type card game, Card Thief will appeal to your brains and your stealth. Once slipped into the skin of a thief, your mission is to steal as many treasures as possible in the various castles that you will visit, at complete discretion.

The game takes the form of a board with three rows of three cards (yes, nine in total). Your card is the thief’s card. The other eight represent treasures, guards, torches, and an escape route.

All the game’s subtlety remains based on your ability to steal a maximum of treasures without getting caught by the guards while finding the exit.

Therefore, you will be in constant search of a perfect itinerary, which you will have to define and definitively validate to complete your tour. Rest assured, you will therefore have the right to make mistakes in choosing your way through the castle.

Card Thief is a game that is easy to learn, complex to master and addicting, which, although played solo, encourages “scoring”. Indeed, you will remain invited to accumulate more and more treasures to obtain a better ranking.

The game can be completed for free, the paid version serving only to offer you additional equipment to help you progress more quickly in the adventure.

Zentris : the Tetris of Zen People?

Tetris never finished making babies. Centris takes the main principles of the gameplay of the cult title, adding an interesting three-dimensional dimension. In Zentris, the bricks don’t move: it’s up to you to rotate the board horizontally to reveal the best locations and succeed in making lines.

Colours are also important. As the difficulty increases, the blocks consist of two, three, four or five layers of colours (always respecting the same order). It is then required to consider the shape of the blocks and their colours to achieve a maximum of lines and improve the score.

Luckily, bonuses come to your aid to explode certain blocks when you have made a succession of bad choices, and you find yourself stuck.

Centres also stands out from other games of the genre by its “zen” atmosphere characterized by pastel colours and soft music that makes you want to play snuggled under your duvet on a winter evening – or in a hammock in the sweetness of summer. , Up to you.

We regret that the game is only in English and that the difficulty increases a little too quickly. Paid options, while not necessary, also come a bit too fast to help you beat your high score.

If you are the type to rage at the first difficulty in a game, you can move on right away. Daddy Long Legs is one of this addicting but also frustrating game category. Which dimension will take precedence over the other? Only you can answer!

The principle of Daddy Long Legs is elementary: your character should walk as far as possible. The difficulty? He has legs five times the size of his body!

Tap the screen to move one leg forward, and repeat to move the other forward. Admittedly, the gameplay is childishly simple, but the difficulty is there, residing in the timing necessary to manage the more than the precarious balance of “Daddy”, who leans back as forwards who finishes systematically. His race face down.

It’s up to you to beat your record by making it walk as far as possible. Over the levels, costumes slightly change the way you play. The game remains partially translated into French, but some elements of the interface remain in English.

Too bad the advertisements are far too present (and long) between two parts, which one connects very quickly. This spoils the overall enjoyment of the game somewhat. Hopefully, the developers will ease off on this point.

There are tons of management games. There are also a lot of card games. On the other hand, card games offering you to manage a sect, there are very few!

This is what Underhand offers you, a single-player card game that puts strategy at the heart of its gameplay.

As the big boss of your cult, you must manage your cult daily and make it thrive. This involves recruiting new “cultists” to grow the ranks while accumulating money.

You will have to indulge in all kinds of activities without attracting the attention of the authorities and make sure to satisfy the gods you worship.

On each turn, you remain present with a card. It represents an event to which you will be able to react in three different ways.

Each proposal, of course, requires resources, which correspond to the cards you have in hand. Each of your choices will consume resources and bring you new ones.

Although a bit repetitive and only available in English, Underhand deserves our attention for its originality, its atmosphere, and the sometimes delicate moral choices in front of which it places you.

Take a chess game, change the rules for moving pieces, and add a twist of martial arts to it. Welcome to Onitama!

But don’t be intimidated: this game takes you by the hand from the first second to explain the rules to you and, in a few minutes, you remain glued to your screen.

Using a card system to guide the movement of your pawns on the game board, Onitama remains based on a mechanic that is easy to understand, although it takes a lot of thought to overcome your antagonist.

The principle is simple: defeat your opponent by taking his “king” or moving yours to the square that the opposing king occupies at the start of the game.

If seeing your opponent’s movement cards helps you anticipate their moves, you’ll also need to consider which card you use each turn, as that card will end up in their hand the next turn! A subtle mechanism, therefore, contributes to the fact that the game remains constantly renewed.

Add to that a thriving atmosphere and many game modes (online and even locally two on the same screen), and you have an addicting title that dust off the rules of chess for our greatest happiness.

Onitama is, of course, accessible, and the paid options in the store are by no means mandatory to have a good time playing.

Also read: What will Occur to the Solar System When the Sun Deceases?

4 Effective Ways to Upgrade Your IT Security