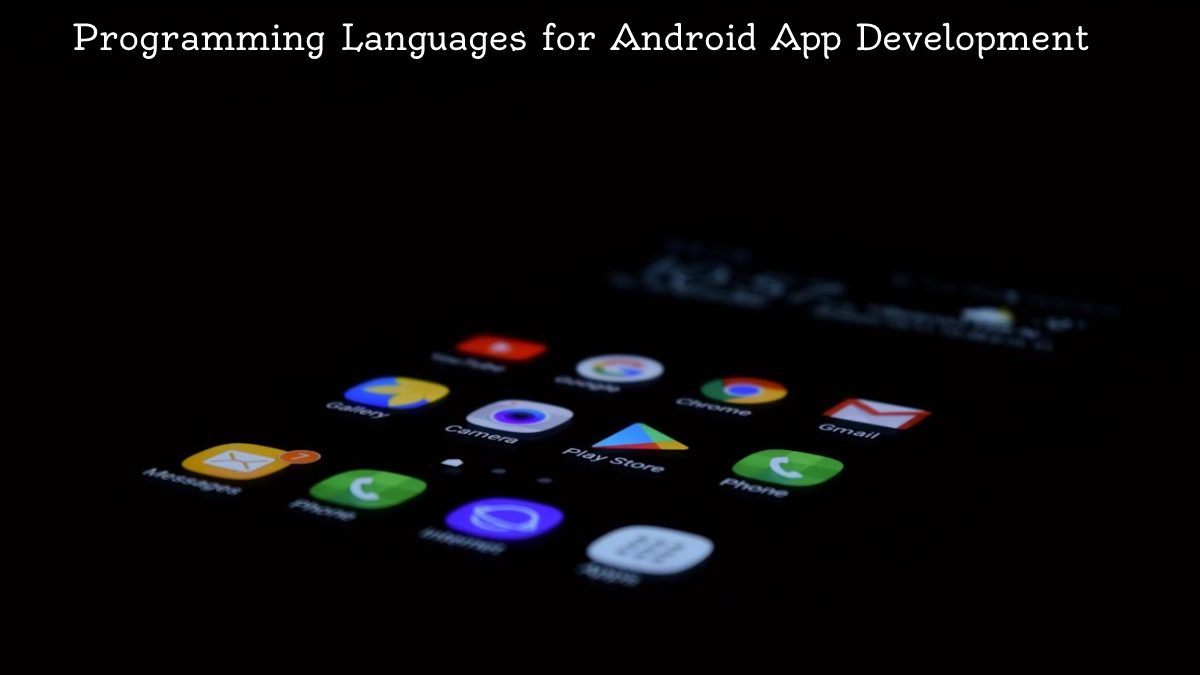 On the other hand, android apps play an important role in our daily life. Since most services these days have turned digital, each has an application for android. Everything from checking emails to ordering food, texting people, music and movies, all are possible due to applications.

For building these android applications, you must know a programming language. The operating system of Android is primarily written in Java, and its low-level libraries are in C++.

There are other programming languages that can be used for android application development.

Let’s look at a few.

Java is known as the standard programming language for the development of android applications. However, nowadays Java is being replaced by a more secure and concise language known as Kotlin. Java is a vital language, and most of the applications found on the Google Play Store is developed using Java.

Java as a comprehensive language includes several concepts, like constructors, classes, objects, function overriding, containers, exceptions, null pointers, threads, etc. It might be a bit complicated to learn Java but it sure is an amazing language to learn and apply. Moreover, learning Java will also help you understand the concepts like Object Oriented Programming and building servlets with Java Server Pages (JSP).

As mentioned earlier, Kotlin is replacing Java as one of the most preferred programming languages for android app development. It is an open-source language that enables you to write clear code with much security. It is also relatively easy to learn hence has gained a lot of attention amongst beginners.

The syntax of Kotlin is cleaner than Java as it requires fewer lines of code. In the year 2019, Kotlin was declared as the official language for android app development by Google. However, this language can run on JVM (Java Virtual Machine).

C# is a contemporary programming language that has a blend of the best characteristics of Java and C++. This synergy makes it fitting for several development tasks, varying from games to high-level Windows-based programs, and newly, android apps.

Developed in the year 2000, this Microsoft-owned technology is moderately fresh in the programming view but has earned a massive developer community. C# highlights several progressions on the prior essence of the C language, such as object-oriented programming.

React Native is one of the top programming languages to learn for android development due to its cross-platform development characteristics. In reality, you can deploy a single code to develop an iOS or Android app.

It has been used to create highly thriving apps such as Uber, aiding developers to conserve costs while using native features of the mobile platform.

With React Native, developers can acquire a massive open-source library consisting of various ready-made elements, enabling them to build apps quicker than ever.

Lua is an open-source and to-the-point high-level programming language. It is not so popular these days but is still a good choice for developing android applications.

Lua is extensively used for building simple and excellent games for various platforms. But, C# or C++ would be a better option to build advanced android games.

Flutter has fame as a swift and developer-friendly means of developing apps for multiple platforms, including Android and iOS. Flutter was created by Google to utilize the Dart programming language. The platform presents an SDK and a full-fledged library comprising tools for developing extremely appealing modern applications.

Code usability is one of the excellent characteristics of Flutter as it makes app development tasks more easily. Additional characteristics include premade and customizable widgets for designing app widgets. Flutter is an outstanding pick for developing native-like apps on Android.

Xamarin was developed in 2011 but was later obtained by Microsoft and consolidated into the famous Visual Studio IDE. It is a great programming language for developing cross-platform apps that work on android and iOS.

To develop an android app with Xamarin, you must first know the .NET framework and C#. As it employs a singular tech stack to produce shearable code, developing with Xamarin is quicker.

You can use the same code to a different platform after making some minor alterations. Xamarin developers can use robust native APIs for building apps with native functionalities, look and feel. While Xamarin is not the most suitable choice for designing rich graphic applications like games, it is best for developing other mobile app projects.

While some languages like Java and Kotlin can be used to develop native apps, others like React Native and Flutter are for cross-platform development. If you wish to get hands-on with basic android applications, start by building a few real-world projects and gain essential skills.

Hope this article will help you choose a preferred programming language for building android applications.

Why Hire a Digital Marketing Agency?

4 Things Chiropractors Should Look For When Choosing Billing Software